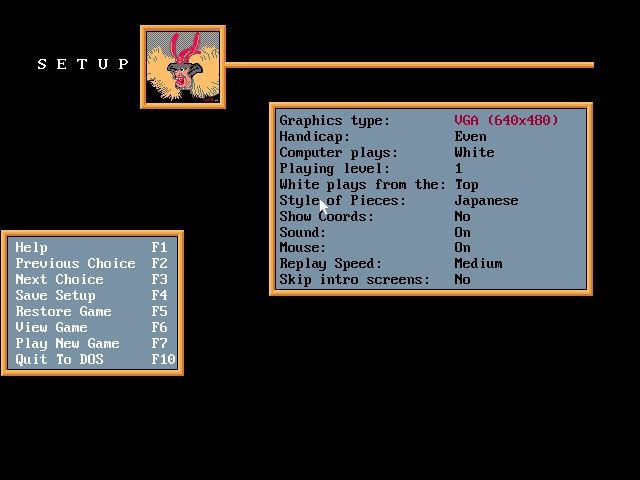 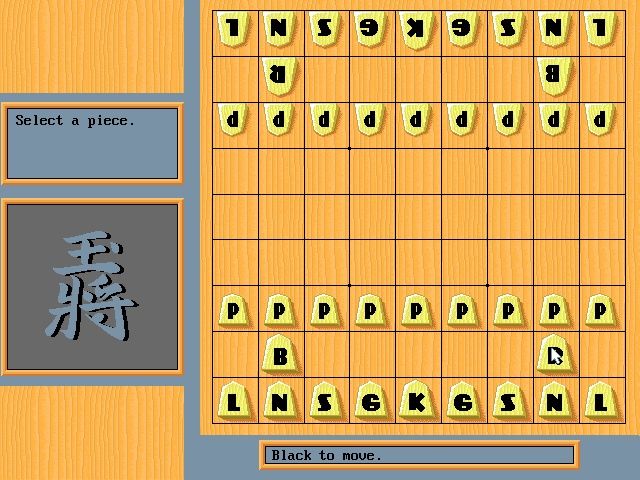 Shogi Master is a computer version of the board game of shōgi, for one player (against the computer), or two players (against each other). If you are new to shōgi, better start by one of the three lessons adapted by Takojima Akiko from the book "Shogi for beginners" written by John Fairbairn (Ishi also sells shōgi and go-related literature, such as Shogi World magazine). The game also features an online help and the ability to toggle (F4 Key) between Japanese and English characters written on the pieces. Once you're familiar with the pieces and the rules, select your opponent level (1 to 6) and voila ! Notice that you can also record and replay your games (files are saved in a standard game format) as well as example games. Shogi Master 's user interface is very close to another Ishi Press release, Go Simulator.