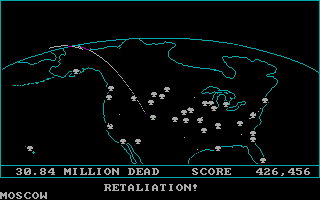 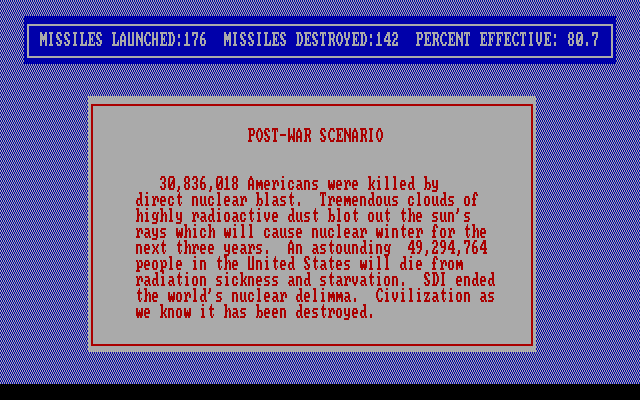 Not to be confused with similarly-named games (like the Cinemaware title or the Sega/Activision one), SDI is a shooter in the vein of Missile Command. The player controls a single American SDI satellite, and must protect the USA from a succession of Soviet attack waves, by zapping incoming missiles before the nuclear warheads connect with their targets. The action is viewed from orbit, as enemy missiles are launched from multiple locations (including a bomber, which may be destroyed); they target population centers, military installations, and the satellite itself. After each wave, a score bonus is awarded for cities saved, and a penalty for cities destroyed. The number of surviving missile bases affects the USA's ability to retaliate, and the player's performance will determine the post-war scenario.