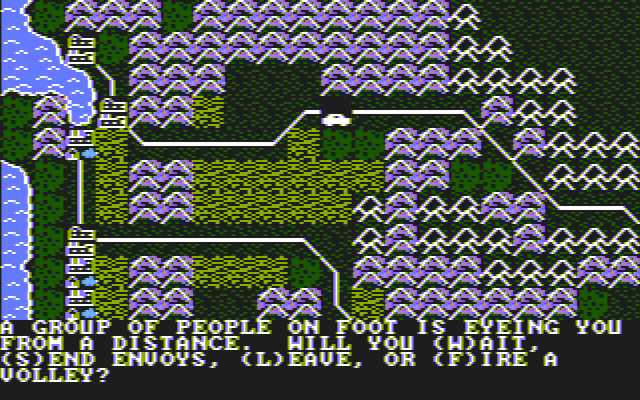 Roadwar 2000 is a post-apocalyptic strategy game. In the year 2000, bacteriological warfare has nearly destroyed civilization. Crime flourished, and highways turned into battlegrounds between different gangs. The protagonist is a leader of one of these gangs. More patriotically inclined than other criminal lords, he accepts a mission from the FBI: locate eight scientists who might be able to develop a vaccine against the deadly disease. The player commands the gang in tactical combat against rival gangs, mutants, and cannibals. It is possible to assign player-controlled characters to vehicles and move them on the battlefield. Combatants can use firearms and crossbows, as well as use the vehicles to ram each other. Boarding the opponents' vehicles is also possible.