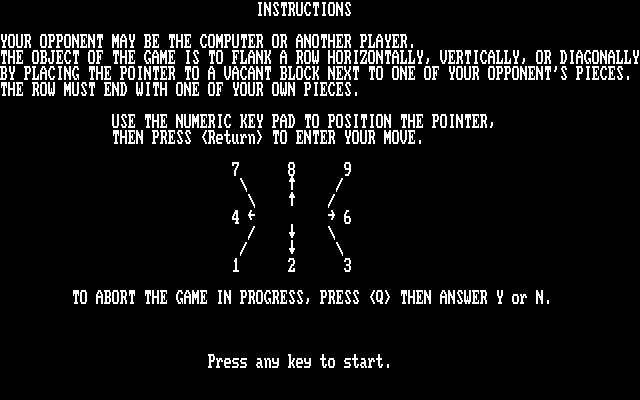 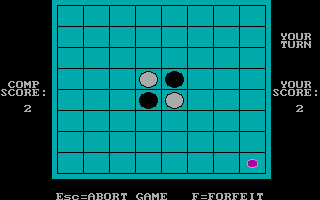 Another computerized version of the popular board game (also known as Othello), playable against the CPU or against another human player. The game board has eight squares on a side, initially with two chips for each player at the center. The players take turns placing chips, aiming to trap a sequence of the opponent's pieces between two chips of their own. The opponent's pieces are then reversed to the capturing player's colors. When no more legal moves remain, the side with the highest number of chips on the board wins.