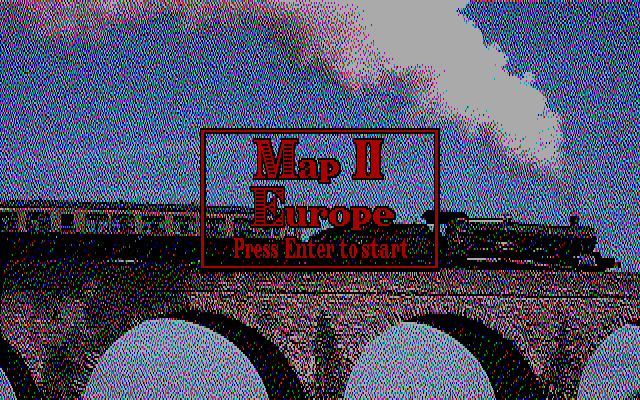 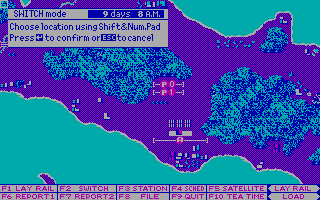 In 1992, Maxis published A-Train, a railroad management simulation by Artdink, a developer of some renown in Japan but virtually unknown anywhere else. A-Train was the third episode in Artdink’s Take the A-Train series, which dates back to 1986. An earlier installment of the series had been internationally published three years prior to Maxis’ A-Train by Seika Corp., under the name of Railroad Empire, with little to no public recognition. In a goal-oriented approach, your task as a railroad tycoon is to build a trans-continental track that connects New York with California in the US scenario, England with Turkey on the (considerably more challenging) Europe map. With transportation service limited to passengers only and scheduling options minimized, creating smoothly running train lines is comparatively easy – just make sure that trains don’t collide on the single-track lines. The main focus is on efficient track building using the A-Train, which you control directly. A limited supply of rails and geographical barriers such as rivers with few pre-constructed bridges make careful planning essential. Optional cargo trains help distributing building materials to the station closest to your A-Train. In a unique feature, days pass in an accelerated real-time day/night cycle, with track-building only possible during daylight and changes to train schedules and switches only allowed at night.