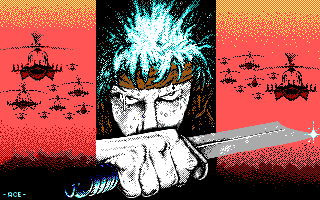 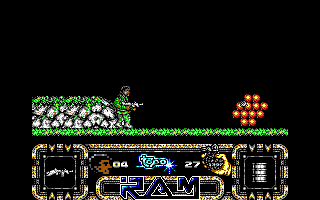 Fox is a member of the special corps CEO, and his next assignment is in the Soviet city of Chernovska. The last CEO member who was sent there went missing after sending a report on a new military project called RAM. R.A.M. is a side-scrolling action platformer where the player takes control of Fox. When the game begins Fox has landed far away from his objective and he needs to cross several areas packed with enemy soldiers. At first, Fox has to rely on his assault rifle and his hand grenades, but later on he can use stationary guns and even vehicles. The vehicles need fuel, and their clever use is essential in succeeding.