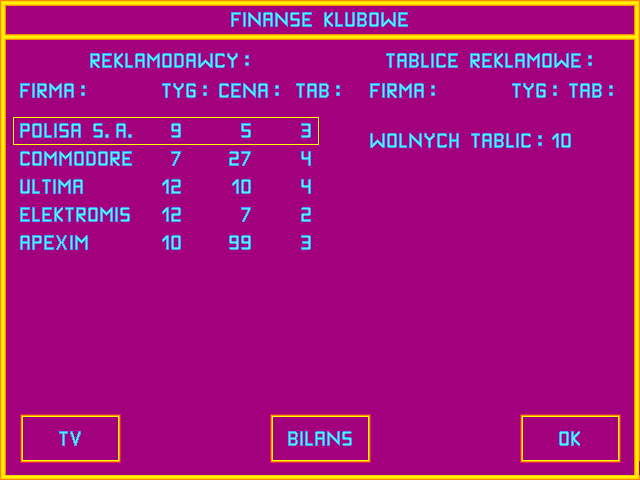 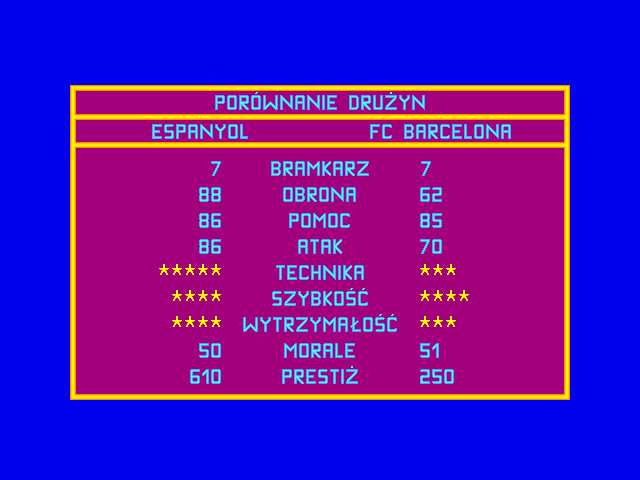 Pol-Gol! is the successor to the 8-bit soccer management game Trener. The game allows you to choose one of the following leagues: Polish, English, German, Italian, Spanish and French, European League and League of Nations. You can also create your own league of any size with any number of 288 teams available in the game. The names of the players are randomly assigned at the beginning of the first season. The game contains all of the club's finances' standard options as well as more uncommon ones such as the possibility of earning on stadium demolition and bookmaker betting, as well as donations of local authorities, or huge penalties for fans brawl. Other options include the ability to hire diverse staff, including coaches, a psychologist, fan club manager or financial adviser. The only graphical element is the 2D pitch viewpoint, which is only available during matches. During the game two bouncers and ball are shown moving around the pitch. Messages display the names of the players on the ball, and the most important events, such as yellow cards. Statistics are updated in real time. The rest is in text mode at a resolution of 640x480. The game has no sound effects and music and is the Polish language only. It contains a built-in players and clubs editor.