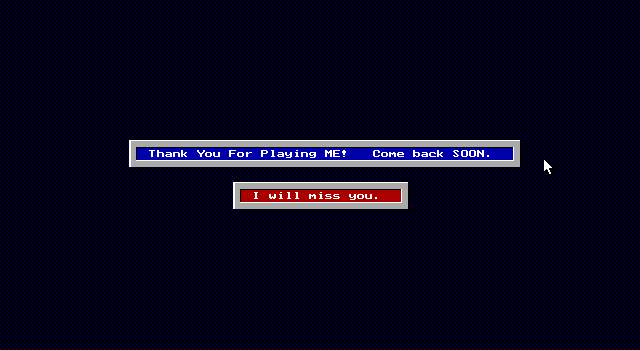 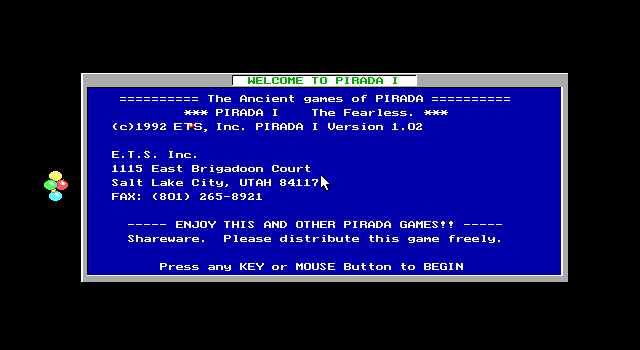 Pirada I: The Fearless is a shareware card game. It is one of a trilogy of games, the others being Pirada II: The Powerful and Pirada III: The Invincible, parts two and three of the trilogy were only available to those who registered the shareware game. As far as game-play goes this is a bit like a blackjack version of Poker Squares but with elements of Minesweeper thrown in. The player starts with three lives and twenty-five cards laid out face down in a 5x5 grid. By clicking on a card they turn it over the object being to achieve blackjack, a score of twenty-one, in as many horizontal and vertical lines as possible. For every score of twenty one they achieve the player receives a credit. Every time they fail to score at least one blackjack score they lose a life. Some cards will reveal a grenade when turned over, when this happens the player must declare their hand before the grenade explodes (it's on a countdown timer) otherwise they lose a life. Later in the game cards with balloons appear, these allow the player to exchange credits for an extra life. There is no save game feature, nor is there a high score table.