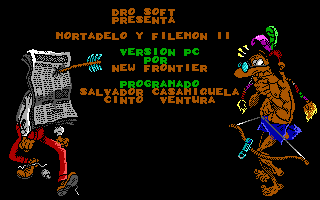 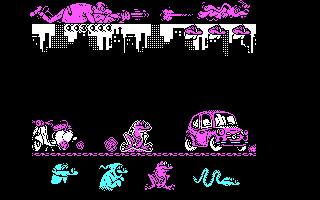 The famous crazy-scientist Dr. Bacterio was experimenting with hens to let them grow to the size of a horse, thus trying definitively to end the hunger in the world. But, as was habitual in his experiments, he had failed in his objective and now a gang of uncontrolled hens is circulating around the city putting eggs on the street. But certain special eggs have the capacity to turn one person into a hen (or at least that's what they believed) if the egg crushes on his head. Is the sequel of the first game dedicated to the famous Ibañez's comicbook saga, "Mortadelo y Filemón", known as "Clever & Smart" or "Flip & Flop" outside Spain.