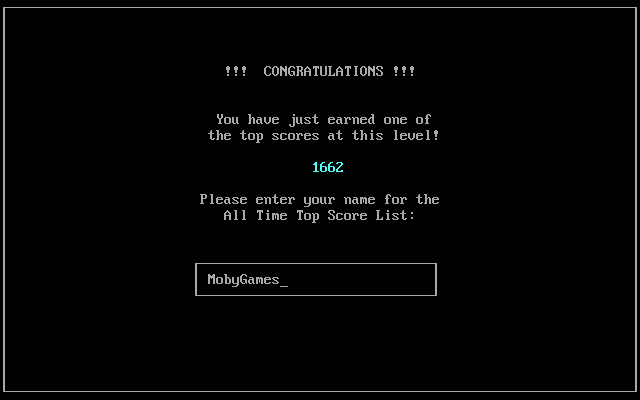 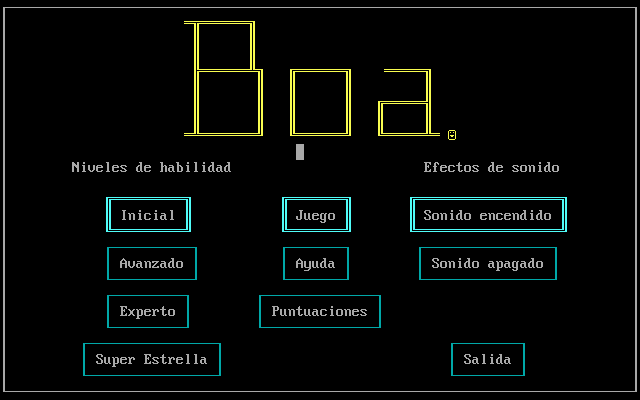 Certain versions of the Microsoft Mouse driver for DOS came bundled with a game called Boa (included alongside such utilities as Paintbrush and Mouse Menus). Boa takes the familiar premise of Snake games and turns it on its tail: the player is now the food, trying its best not to be consumed by an always-moving, ever-growing snake. Our hero - a mouse - is controlled, as one might expect, with the mouse. The only objective is to survive as long as possible without being captured by the computer-controlled boa constrictor, which twists across the playfield in pursuit of its prey - touching the snake's body, or the walls, means death. The boa will get hungrier with time, and speed up as it tries to add you to its menu; fortunately enough, it is possible to temporarily freeze time to escape a tight spot. For every 500 points, the slavering serpent can be magically cut down to size and forced to start over.