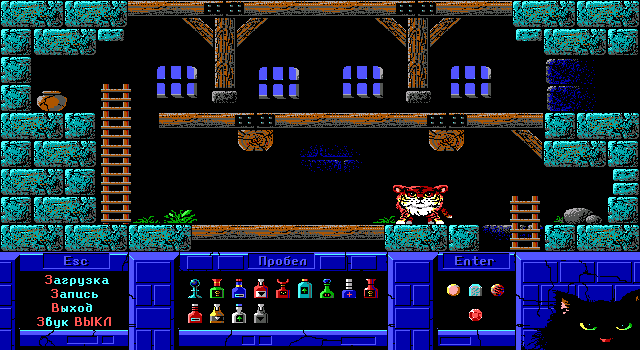 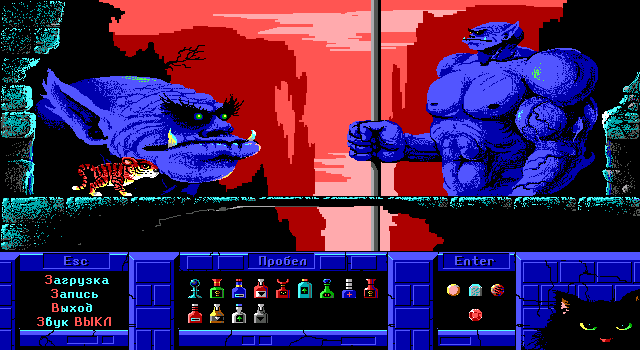 A little boy named Mick, on vacation in a beautiful, pastoral village, is playing ball with local girl Masha. As they venture into a meadow on the edge of a mysterious forest, Masha decides to pluck a pretty flower. Little do the kids suspect that the forest is home to a heartless witch, who broods alone in her gloomy castle and tolerates no trespassers. To their considerable dismay, the witch promptly transforms Masha into a tree, and Mick into a ladybug. Mick finds himself imprisoned in the depths of the castle, and it's up to him to escape, defeat the vicious hag and rescue Masha. First, Mick will need to regain his human form, which allows him to jump and climb ladders. The witch has other prisoners in her castle: captured animals, which she had turned into twisted freaks with her arcane spells. These spells are locked inside bottles of magic potions scattered throughout the castle, which Mick can use to try and undo the witch's foul experiments. Each potion, when used on a captured animal, alters the shape of a different body part. If the beast is restored to its natural form, it will reward Mick with a gem - which gives him the power to morph into that animal. The abilities of these animal forms will help Mick explore new areas along his journey: the squirrel can leap across wide gaps, the mouse can squeeze into tight passages, the tiger scares away despicable monsters, and so on; however, only the human form can climb ladders.