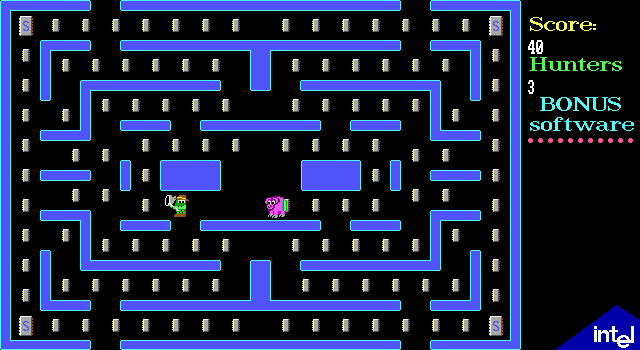 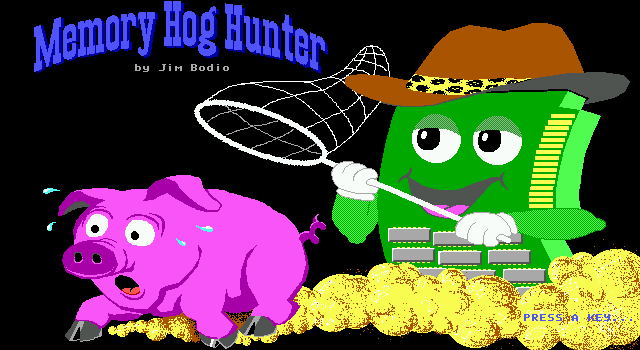 A variation on Pac-Man born of the fact that, after all, 640 KB of RAM is not necessarily enough for everyone. When IBM PC business applications started running into the conventional memory wall, various solutions began to crop up on the market, usually involving memory expansion cards. One of these was Intel's Above Board, as advertised by this game. Each level is a maze dotted with memory chips, and the player controls an actual Above Board: a cutesy anthropomorphized green PCB complete with RAM chips, a Stetson, cowboy boots, and a net for trapping Memory Hogs - pinkish little piglets that attempt to devour the precious silicon before the player can do so. The "super chips", located in the four corners of each maze, will "supercharge" the player for a limited time, allowing the porcine pests to be captured. Each hog snared awards a "bonus software package", bringing in several popular business applications of the day for a cameo role.