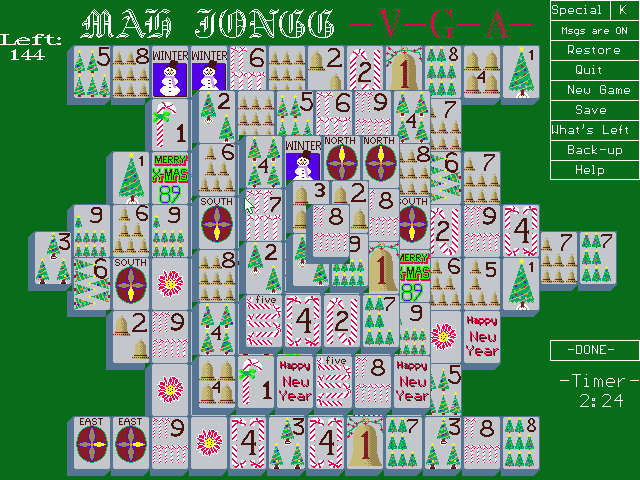 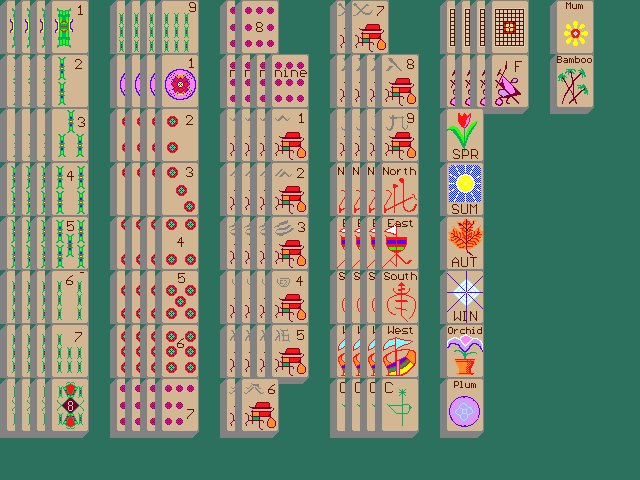 Mah Jongg -V-G-A- is a single player, shareware, implementation of the Chinese tile matching game. This game is played with the mouse and game play is the same as most other games of this genre. The shareware game comes with a single layout and three tile sets, Standard, Christmas '89 and Pirates!, was user created. The game was initially released around since 1988. In November 1991 version 3.1 was released, by that time the game included the following features: Dual Monitor Support: the author recommends a VGA monitor to play the game and a monochrome monitor to view the game statistics A Help function which includes an X-Ray feature so that players can see what lies beneath the currently visible tiles or search for a specific tile A What's Left function which is fairly self-explanatory but as a by-product of re-displaying the tiles the player can see what is beneath the top tile There's also a Save/Load function, optional sound and an optional game timer A Back Up feature which is better known these days as an undo function Also available with this program are utilities to design and 'package' new tile sets and another to edit the Hall of Fame.