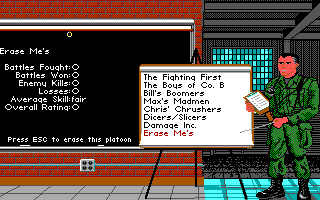 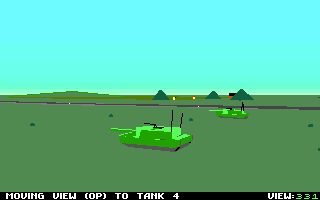 A very encompassing game that allowed players to issue orders to Tanks, AA units, Aircraft, Artillery and Infantry in a campaign against Warsaw Pact units in Europe, while specifically controlling a platoon of 4 M1 tanks. The player could jump into the position of the driver, gunner or commander of any of the tanks to view the world from a 1st person perspective, or work from a tactical map to command all his forces. Characters in the M1 platoon actually increased in skill as they survived battles.