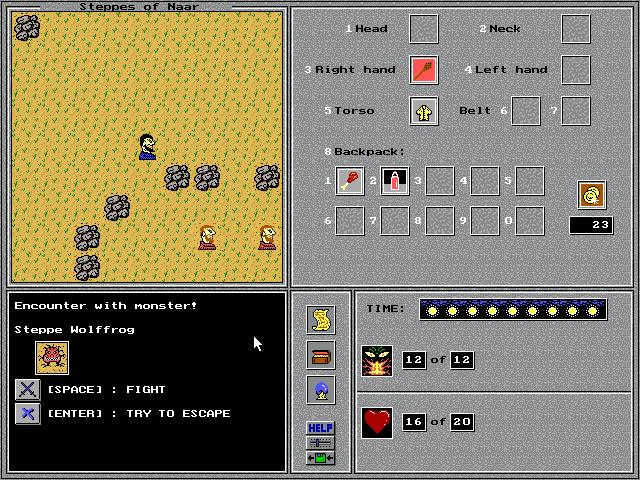 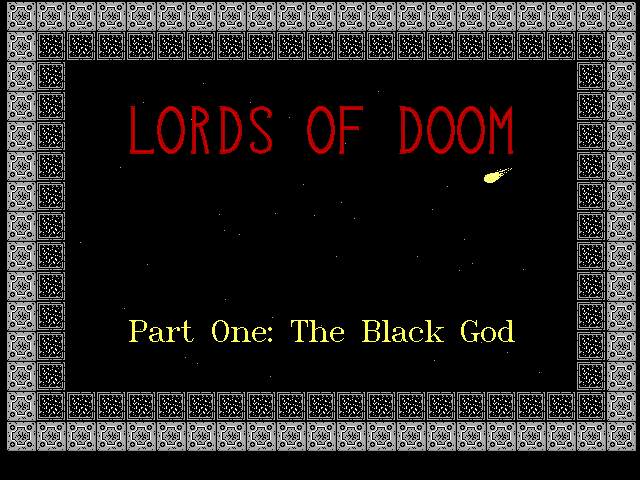 Lords of Doom is a shareware fantasy role-playing game. A prosperous kingdom has been overrun by demons, and now a sole hero controlled by the player must put an end to this invasion and restore peace in the realm. The game uses a custom role-playing system which is based on a number of character attributes and skills the player can build. There are no character classes, and the player may develop fighting, thieving and magic skills based on their choice. Experience points are awarded for exploration, interaction with NPCs and successful combat encounters. The setting is a vast fantasy world with several human kingdoms, also inhabited by various fantasy creatures, including dragons and other monsters, as well as different types of undead. However, humanoid fantasy races like elves or dwarves are not present. The state of human civilization is comparable to that of Ancient Rome, except for the widespread use of magic.