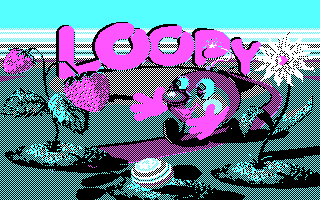 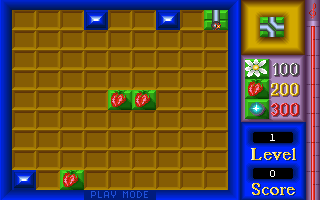 Loopy is a pipe laying style puzzle game but instead of pipes you're laying down paths that a bomb follows. The objects of the game are to first gather all the fruit on the playing field and secondly to make your CPU opponent explode against a wall or barrier. Two types of tiles are laid down. The first is a cross allowing for horizontal or vertical movement while the second is a curved tile allowing for turns. The player selects a tile depending on the direction they press and the CPU lays down your path-tile in the same way. Once the CPU is blown up against a barrier or wall the player can advance. If the explosion happens during the player's turn then it's game over!