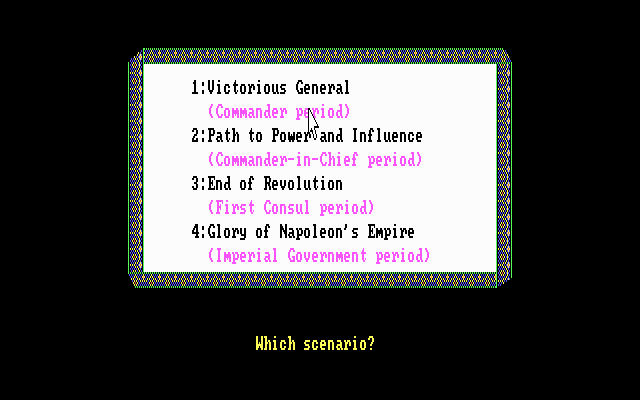 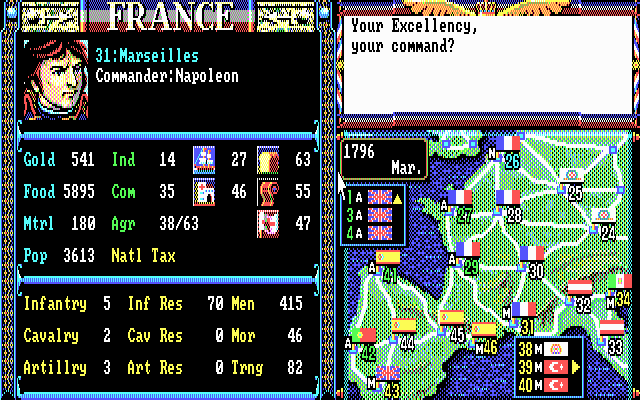 L'Empereur is a military strategy game. The game takes place during the violent aftermath of the French Revolution and follows the rise and fall of Napoleon Bonaparte who became one of the most popular and charismatic leaders of France. Gameplay You start as an officer in charge of the military and local city affairs and later in your career you become the French First Consul and finally the Emperor and take up the responsibilities that come with it. You can only rise in rank if you have gained the support of the people. You have to build and organize a loyal military army and lead them into war. Defeat the belligerent neighboring countries and collect taxes and pay stipends on time. But be aware of military uprising, strikes, rebellions and deal with weather conditions a harsh winters and other natural disasters that might occur. You fail if your captured by the enemy or die. Scenarios The game scenarios that can be selected are based on Napoleon's military life: 1. Napoleon's Beginning. 2. The desire for Power. 3. The End of the Revolution. 4. The Glorious Empire.