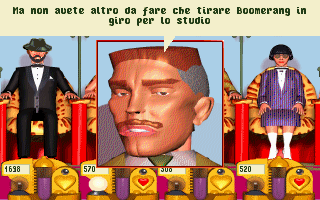 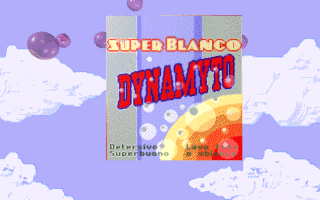 Late Night Sexy TV Show is an adult-oriented quiz show with dating sim elements. The goal of the player is to become the soulmate of one of the three other contestants. To do so, he or she must: (a) learn the other contestant's tastes and preferences, and (b) earn enough money to purchase items or upgrades that match those preferences. Money is primarily earned by correctly answering general knowledge questions, which can be picked from a variety of subjects including literature, films, biology, martial arts, etiquette and religion. Once an answer is given, no matter whether it was correct or not, the player can try and get to know another player's basic tastes, such as in music, books or favorite color. However, if the question was answered correctly, the player is also allowed to make a "decision". Possible decisions include: (1) asking another player more intimate questions concerning, for example, the looks of their Mr. or Mrs. Right; (2) gambling part of the cash reserve; (3) advancing in a career that appeals to the other player; (4) buying upgrades in shops that range from clothing to plastic surgery to real estate. Each player also has a limited amount of "boomerangs", which allow them to skip answering a particularly difficult question. The contestant who first becomes a perfect match wins. The entire game is presented as a TV show, complete with musical interludes, commercials and comments from viewers. Any of the four contestants can be played by human players taking turns.