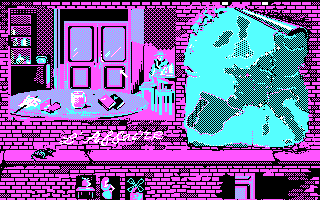 Raymond Pardon was a gentle man. Maybe too gentle. Due to non-ability to defend himself against the accusation, he has spent last six years in a prison for a hold-up he did not commit. But the things were even worse: in addition to six years of imprisonment he lost his lovely wife, Mylène. Who was involved in this affair? To discover the truth, you as Raymond should perform your own investigation in seven European cities: Barcelona, Paris, Cannes, Rome, Amsterdam, Hamburg and London. In turns you'll behave as a gangster or as a journalist. It is up to you to perform the investigation in cold blood despite the lies and hired assassins. Someone must pay! The gameplay flows as adventure in first-person view. You choose the place to visit and examine the objects there. Moving the cursor on the scene, you set its part in focus and may interact with it. Some of the objects may be added to your inventory and used later, some of the persons may share a valuable information with you, some of them may be hostile. The game supports several languages: French, German, English, Italian, Dutch, and Spanish.