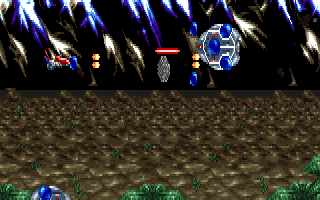 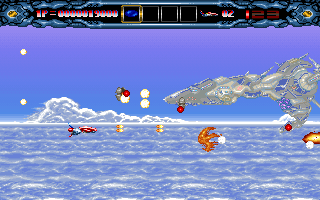 Illusion Blaze is a Korean-made sci-fi horizontally-scrolling shoot-em-up. The player controls either of the two available spacecraft that must traverse hostile areas, dealing with regular enemies and bosses on the way. Power-ups include weapon upgrades, protective shields, and weapon-switching orbs. Like in Thunder Force IV, there are four types of weapons distinguished by their color; if the player has collected the corresponding orbs, it is possible to switch between them at will. Also like in Thunder Force IV, the player can select between four different initial stages.