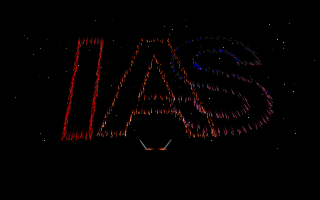 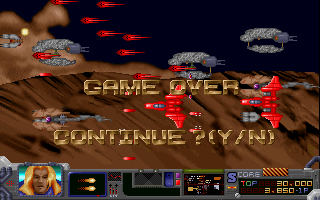 IAS is a sci-fi horizontally scrolling shoot-em-up. The player controls a fighter craft, defending a human space colony against the onslaught of enemy ships and mechas. The gameplay is similar to most other games of the genre and involves shooting or avoiding the incessantly advancing enemy craft while collecting power-ups on the way. The latter are distinguished by their color and change the player character's weapons, including laser fire, missiles, a slow yet powerful charged energy shot, etc. The secondary weapon has to be activated with a separate button and functions somewhat differently than in other comparable games, specifically targeting enemy missiles. The player character's health is measured by an energy bar; once it is depleted, the game is over.