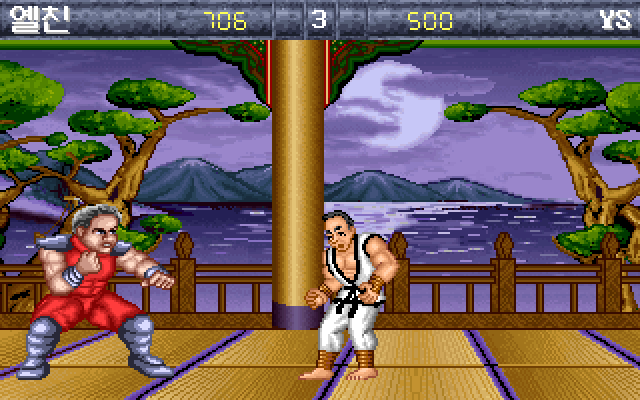 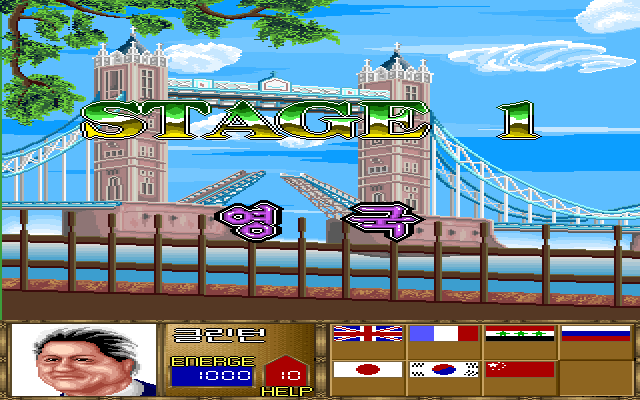 Hello Mr. President is a Korean-made humorous versus fighting game in which all the playable characters are contemporary presidents or prime ministers of different countries. These include Bill Clinton (USA), Boris Yeltsin (Russia), Deng Xiaoping (China), Margaret Thatcher (UK), François Mitterrand (France), Saddam Hussein (Iraq), Morihiro Hosokawa (Japan), and Kim Youngsam (South Korea). The player can choose the order of opponents for each character. The fighting takes place in the home country of the opponent, with matching backgrounds representing the location. The game also include a board game mode where the player moves the character on a board, solving various mini-games such as simple puzzles or answering trivia questions on the way. Succeeding in the board game allows the character to start the fight with better attributes. It is, however, possible to skip the board game entirely and go straight to the battles.