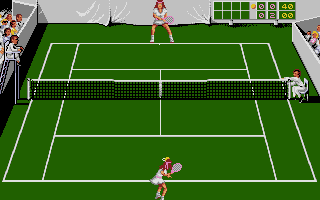 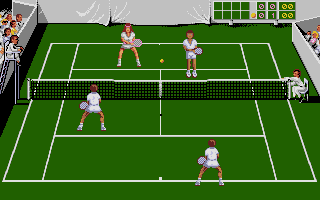 Great Courts 2 is a tennis game and the sequel to Great Courts. You start the game by creating a player and distributing character points, for instance on speed, forehand, backhand etc. The initial skills are raised after winning a few matches. There are different tournaments to choose from, such as all APT tournaments and the Davis Cup. Prize money is provided by doing well in a tournament. The game supports both single and double matches. In the training mode you can play against a ball machine or against a friend. There are different settings to program the ball machine, for instance to practice a certain type of shot. It is also possible to have matches with one player competing against two.