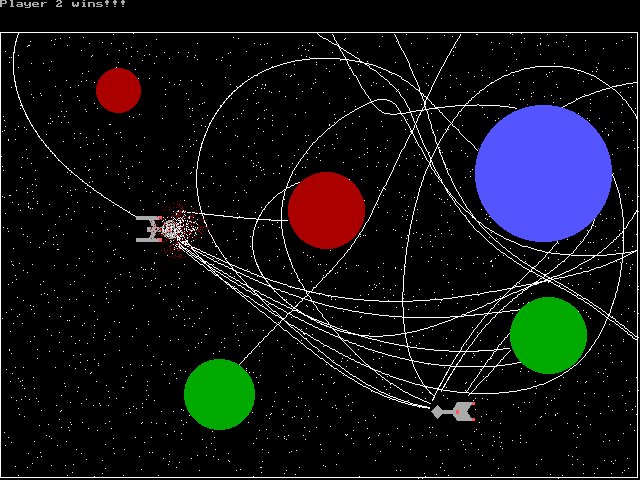 Gravity Wars is a two player, freeware, space shooter/strategy game. The play area, which has a star-field background contains two spaceships which look a bit like the old Enterprise from Star Trek and a Klingon bird of prey. The players take turns to launch missiles at each other by entering an angle and a velocity. However in the play area there are also a number of planets whose gravitational fields affect the trajectory of the missiles so much so that it is quite possible to launch a missile, have it disappear off-screen, and then come back to hit the ship that launched it. The game is over when one or other ship is hit. There are no sound effects just an optional tune that plays when a game is won, no high score table, and the game is entirely keyboard controlled.