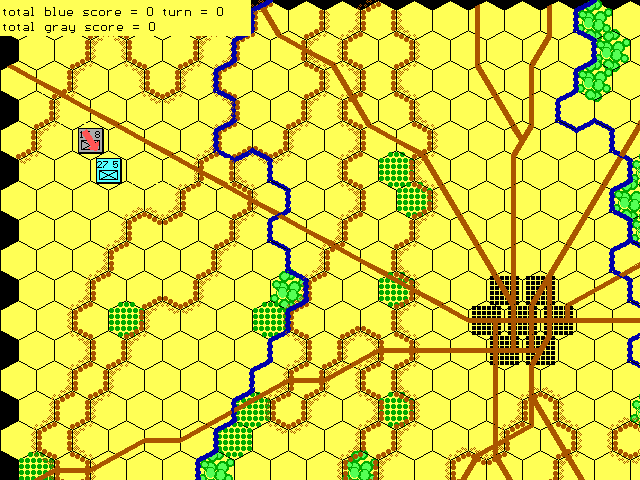 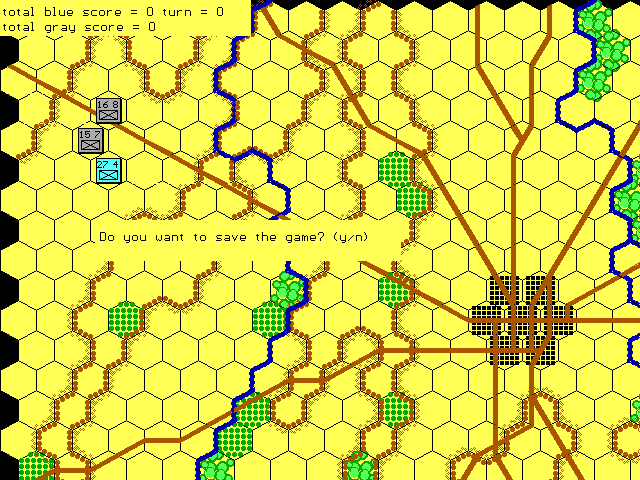 Gettysburg is a one or two player, shareware, computerised version of an old-school war-game of this historic battle of the American Civil War. The game is played on a hexagonal grid of which the player can see only a part while moving their units. A full battlefield view is available but this is an overview and units cannot be moved while in this mode. The computer highlights each of the players pieces in turn, highlighted pieces flash on and off, and the player can make up to four moves per unit using the numeric keypad. Enemy units are attacked by moving next to them and attempting to occupy their space on the grid. When all the pieces in the current segment of the battlefield have been moved the computer switches to the next segment and then the next until all the player's units have been moved, then the computer or the second player moves their pieces. After each round the player(s) are shown the current score and are given the option of saving their game.