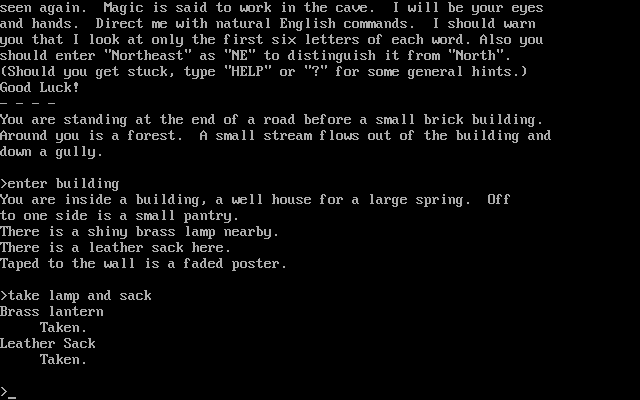 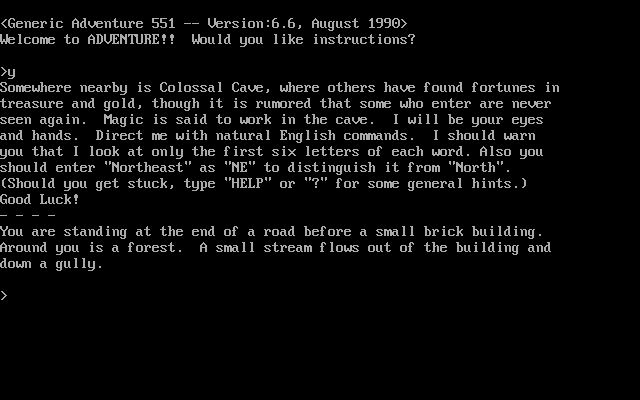 Generic Adventure 551 is a version of the classic interactive fiction game Adventure (also known as Colossal Cave Adventure). It is based on Dave Long 's 350 point Fortran version (1978) which was later (around 1984) expanded to 551 points by different authors The code was later touched by Doug McDonald so it could be compiled with Fortran translation tools and released to the Usenet in August 1990. His code was then ported to other platforms. The basic content does not differ from the original: the player searches a mysterious cave for treasure. This requires exploring the environment and solving puzzles by typing in commands into a parser. The DOS port adds the ability to save the game to different files and the Amiga ports has a different front-end.