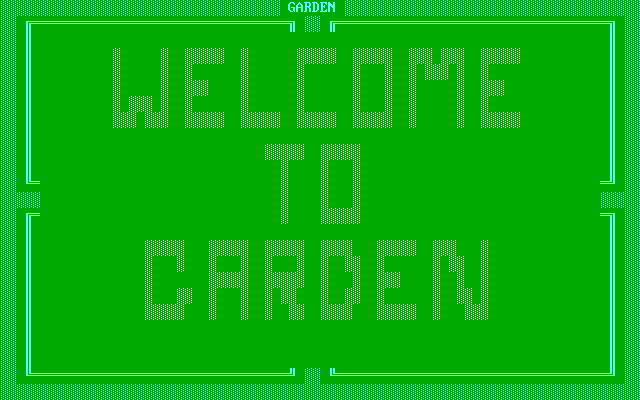 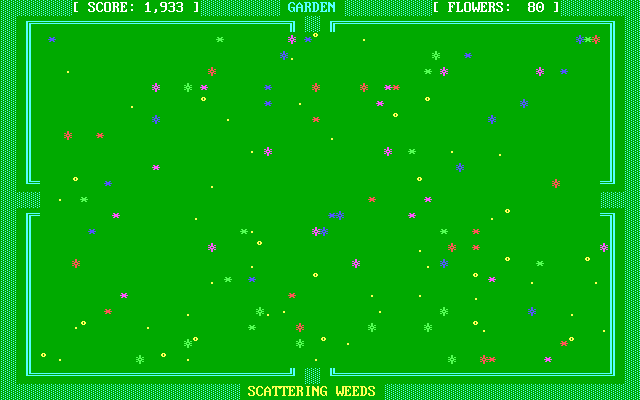 Garden is a shareware arcade type of game which, in concept, is a bit like a playing Whac-A-Mole with invisible moles. The player has to look after a garden, in the garden are flowers and weeds and, unfortunately, some gophers. The gophers eat the flowers and must be stomped on, the problem is they are underground and cannot be seen, the only way the player has any idea where they are is to watch where flowers disappear and hunt in that location. When they player is in a position to stomp a gopher the cursor changes colour Points are scored for trampling weeds but are lost when flowers are trampled or eaten. The game ends when all the gophers have been stomped and if the player has scored more than 2000 points the next game will be harder with more flowers to avoid and gophers to catch.