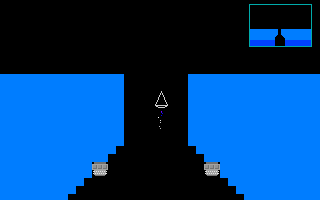 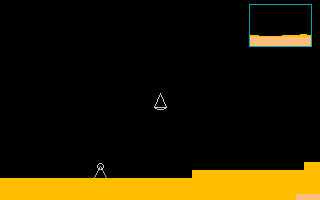 Fleuch is a single player game from Germany, it is a port of a game the author had previously released on the Amiga. The game is keyboard controlled and plays a little like a Lunar Lander variant but instead of landing the player must manoeuvre a space craft near a ball, pick it up, and then take to the skies to complete the level. Sounds simple enough but to make things a bit more interesting there are gun turrets firing at the player's ship. In the shareware version of the game there are just three levels, when the player completes the last level they start again at level one on a harder difficulty setting. This process repeats until all three of the player's lives have been lost. The full game has ten levels The game has a number of features including an optional in-game mini-map feature, the ability to save in-game screenshots (in .tga format), and optional sound.