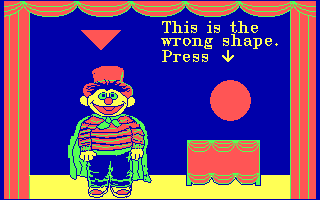 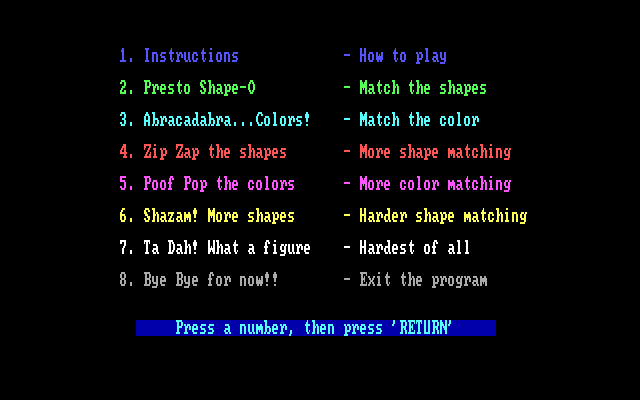 With the wave of his magic wand, Ernie the Magician makes a shape float over his head. Another wave, and a second shape appears on a table nearby. The player now decides whether or not the two shapes match. If so, and the player agrees, Ernie nods and the two shapes float together before disappearing. If not, Ernie shakes his head "no", waves his wand, and a new shape appears on the table. Ernie's Magic Shapes has six levels of play. At the lower levels, the player compares one shape to another or the colors of two similar shapes. Levels four and five require greater visual discrimination since the target object is made up of several shapes and each one has to be matched individually. At the highest level, there is a complex mixture of both shapes and colors.