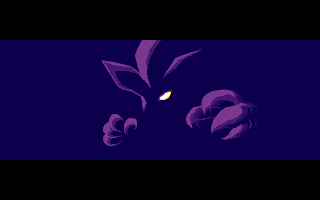 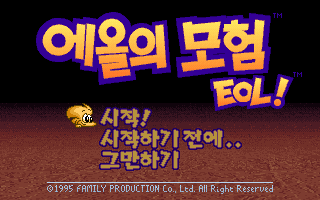 Eol-ui Moheom is a Korean-made colorful platformer starring the titular character Eol, a cute yellow anthropomorphic animal who must defeat an equally animal-like anthropomorphic demon and his minions. Eol traverses linear stages, jumping on stationary and moving platforms, and defeating regular enemies and bosses. He fights with his tail, which releases a projectile attack; he can also use his tail to grab on poles and trees. Another ability Eol has is sliding, which can be used to avoid enemies and fit into narrow passages.