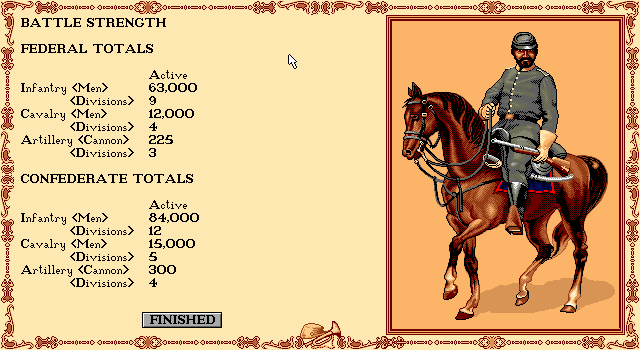 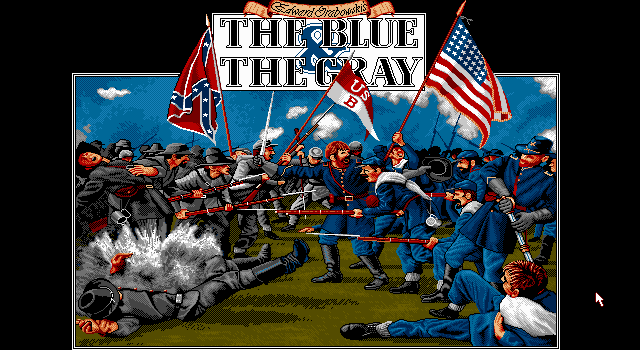 Edward Grabowski's The Blue and the Gray gives you your chance to fight the American Civil War. You control either the federal (blue) or Confederate (gray) army, starting in July 1861. You have four years to defeat the other side by capturing the opposition's cities and winning military conflicts. Play takes place at two levels: first, you move your divisions across a map of America in a turn based game at the campaign level: then when two forces meet, a Micro Miniatures battle takes place with the result having its affect on the campaign level. This game gives you the chance to rewrite history, by choosing the course that the war will take. The computer uses histroical records to determine the recruitment of forces and availability of weapons over time, so that both sides have approzimately the same "raw material" that they did in the real war. Whether you win or lose depends on how you use them.