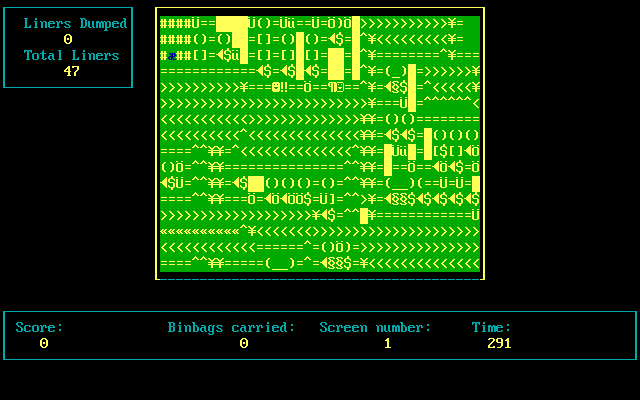 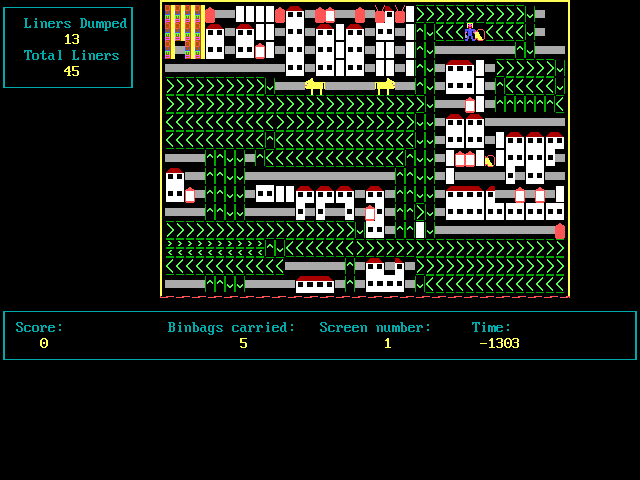 Dustman is a single player, shareware, puzzle game. The player is presented with a game area on which there are houses, paths and areas of grass. The player must collect from all of the houses around the town. Points are scored for bins and bin-bags collected, points are lost for dropped or split bags which can happen if too many bags are being carried. There are also dogs around the town which may, or may not, attack. The game is timed and if the player takes too long to collect the refuse it's game over, however if they're efficient they progress on to the next screen. The game comes with two graphics modes, VGA which has pretty pictures and an unspecified mode which uses character graphics. The actual game area is thirty-two lines deep but only sixteen lines are shown at a time, the game scrolls automatically when the player gets within four lines of the upper/lower edge. The game comes with a companion program, the 'Dustman Sprite Designer' which allows the player to edit the VGA sprites, the text sprites used by the game cannot be changed. registered users were also sent an editor that allowed them to create their own levels.