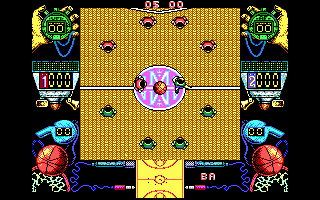 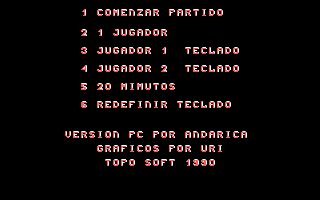 "Drazen Petrovic Basket" is a game based on the great European basketball player (who dramatically died in a car accident four years later), which develops a basketball competition in the elimination mode, it is, you will start in 1/8 final and according to your results you will continue on the fight for the title or not. An interesting point of the game is that all the teams are composed by five players: one guard, two forwards and two centers, everyone with the typical characteristics of his position and with the possibility of being controlled at every moment. There are also personal faults, so if anyone of your players gets the fifth one he will be expelled of the court, but that's not all, the game also allows you to request time outs, two for each game period, giving you the possibility of changing the tactics, seeing the game stats, etc.