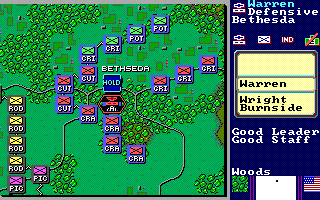 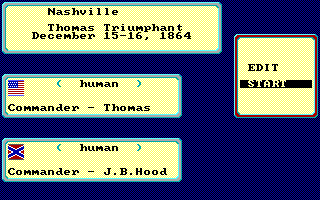 The third volume of the Decisive Battles of the American Civil War series allows the player to reenact another six crucial battles of the American Civil War: Wilderness, Spotsylvania, Cold Harbor, Atlanta, Franklin, Nashville. Just as the first and second volume, this turn-based, hex-based wargame focuses on simulating the limited control, communication and "fog of war" of a XIX-century battlefield, providing a challenge to the player taking command of either North or South forces. Apart from single and two player gameplay option, an editor is also available, enabling the creation of own scenarios.