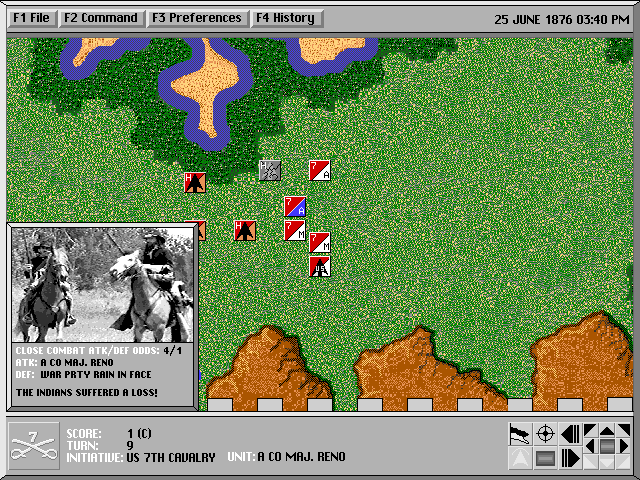 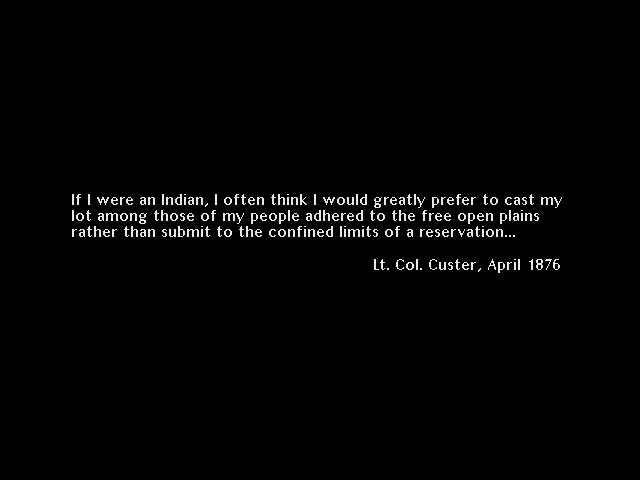 Custer's Last Command is a hex and turn-based wargame recreating the Battle of the Little Bighorn taking place on June 25-26 during the Great Sioux War of 1876, which ended with decisive Native American victory over the U.S. Army. The battle can be played from Custer's or Indians' side, with optional alternate set-ups (e.g.: Custer was offered backup of Gatling guns, which he refused).