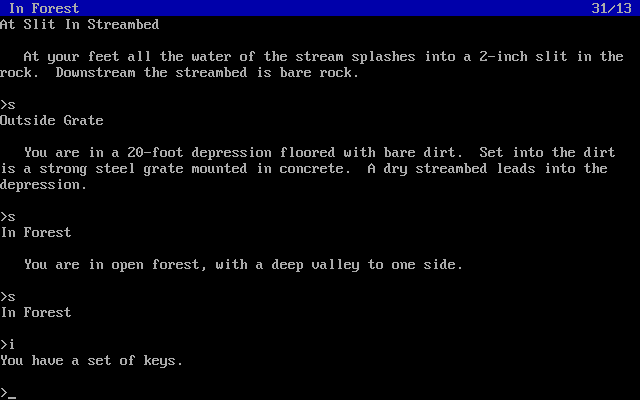 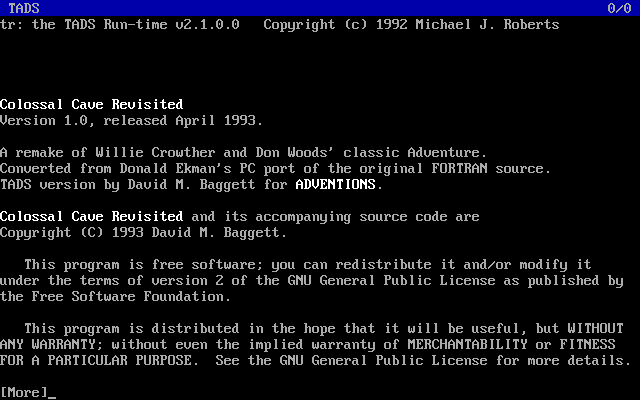 Colossal Cave Revisited is a text game developed with TADS (Text Adventure Development System). It is a remake of the first major adventure game Colossal Cave, known as Adventure. The original Adventure had only a simple two-word command parser. This aspect of the game has been adapted to the modern standards. Descriptions of the locations were expanded and in a number of places the author wrote entirely new text. The action takes place mostly in a cavern, modeled after a real cave called Colossal Cave, part of Kentucky's Mammoth Caverns. The adventure begins in a forest next to a small brick building, with a gleaming white tower in the distance.