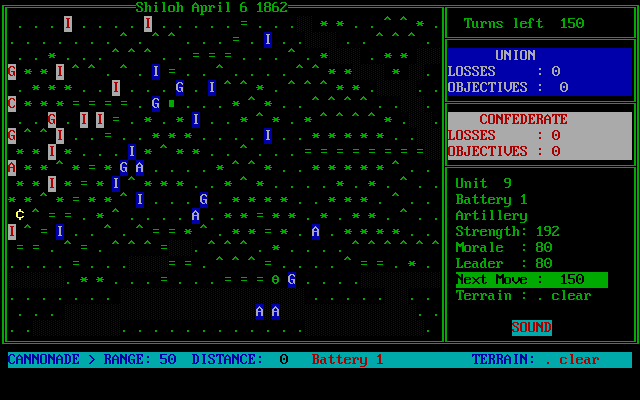 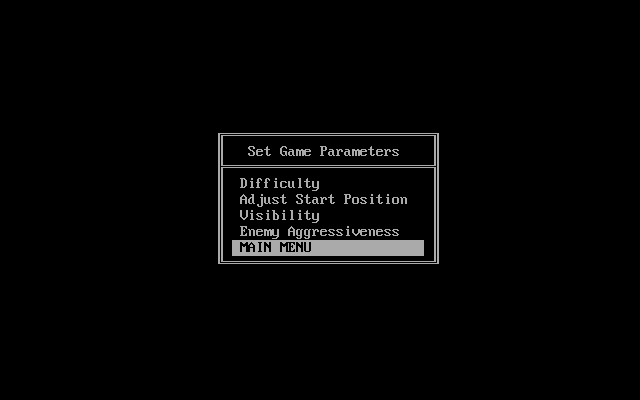 Civil War Battleset is a single player, freeware war-game based on the American Civil War. It is entirely keyboard controlled and is an adaptation of an earlier game written for the Atari. The game allows the player to customise the enemy's level of aggression, difficulty, and how far their units can see. The original 1990 release came with four scenarios, two for Gettysburg, Shiloh, and Stones River. The game was released with a companion program that allowed the player to construct their own battlefields. In 2014 the game is still available for download and has over fifty scenarios.