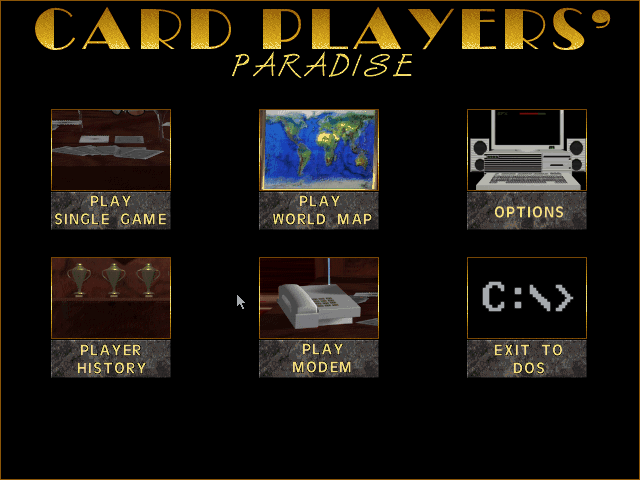 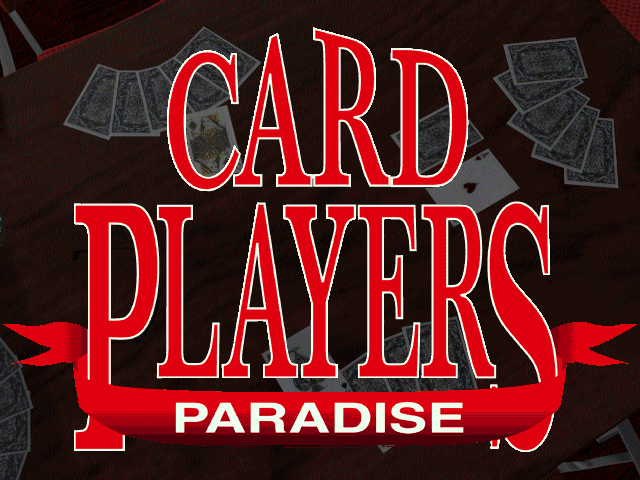 Card Players Paradise is a simulation of several card games: Rummy 500, Pinochle, Handed Pinochle, Bezique and Casino. The player can choose between different rule variations for those games. Besides playing single matches, there are also two special game modes: Around the World: The player visits different cities all around the world in order to play card tournaments. Winning rewards price money which is put towards traveling costs. The goal is to emerge from the tour (either 7 or 15 cities) with as much money as possible. Hedge Maze: The goal is to reach the end of the maze before the day ends. On the way, there are card games to play which reward coins after a win. However, finding the exit does not win the round: before there are the castle guards (alternatively they can be bribed with enough coins) and the royal couple to challenge.