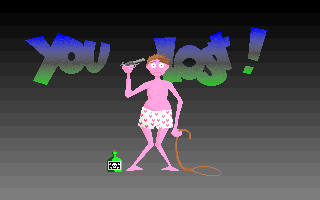 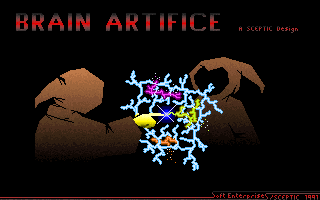 Brain Artifice is a puzzle game in which the player needs to build combinations out of given blocks. While initially the combinations simply consist of the the same picture or colour, in later levels there are certain patterns to achieve. The blocks are initially divided over the playfield and after grabbing one of them, the player can move it freely over all the unoccupied space. If the block is near another block from the pattern - the detailed requirements change from level to level - it is stuck and can't be moved anymore. When a whole pattern is done, the stones transform into bricks so the player knows it is time to work with the rest of the stones. All this has to be done within a time limit, and unwinnable situations are entirely possible. The game features 100 levels which introduce additional gameplay elements over time, e.g. static blocks, blocks which change their colour or hidden blocks.