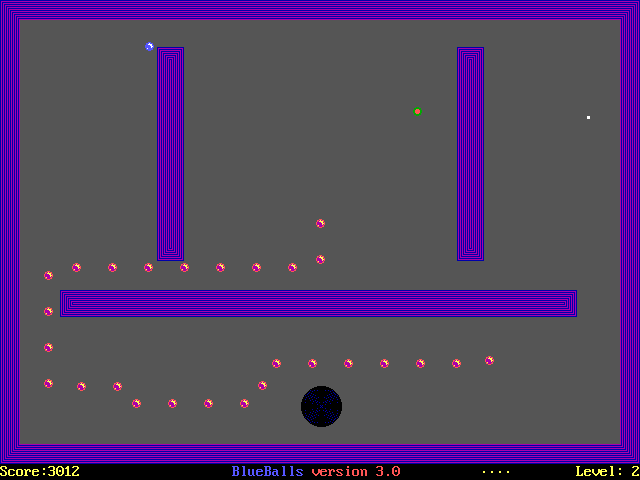 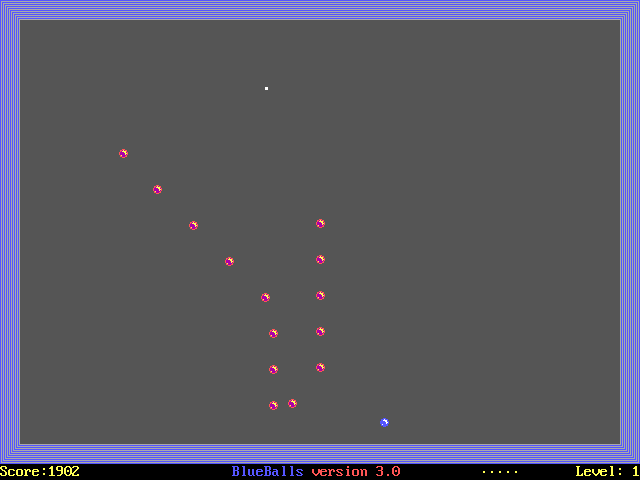 BlueBalls is a single-player puzzle game. The player controls a small white dot which they navigate around the screen using the numeric keypad. The object of the game is to eliminate, i.e. crash into, blue balls that appear on the screen. The more balls that are collected the more points are earned. Blue balls appear randomly in the game area. After a while they disappear and reappear somewhere else, something that also happens when one is captured. Also appearing randomly on the screen are mines which can be collected before they detonate and leave behind a black hole. A life is lost when the player hits the edge of the screen, any wall in the game area, a black hole, any of the red balls they leave behind in their wake. The game's documentation says the game is sensitive to the CPU speed. This together with starting level, number of lives, and game speed are set via command line parameters when the game loads.