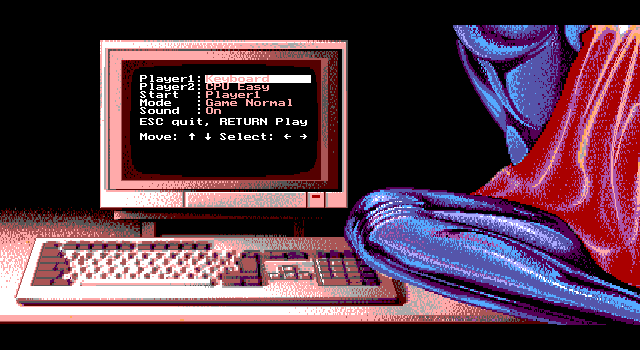 Blue Angel 69 combines the idea of Maxit with pictures of sexy female androids. The player takes the role of certain person who is proposed to play this board game with an android. If the player wins, more of the exposed picture of the opponent is displayed. There are ten stages to complete. In the game there is an 8x8 board. Each space in the board contains a point value. The object of the game is to earn as many points as possible by moving a marker to a non empty space to collect how ever many points are in that space. The first player is only able to move the marker horizontally, and the second player can only move the marker vertically. The board contains both negative and positive point values, so ideally you want to take a high, positive point value and force your opponent to take a negative value. The game ends when no more moves are possible, and the player with the most points wins.