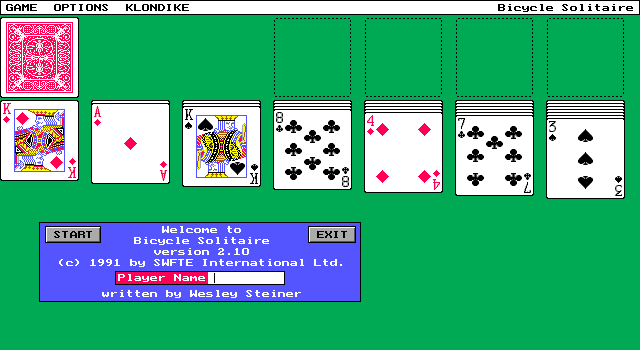 Bicycle Solitaire is a single player card game which is played entirely via the mouse. It has an undo function, retains the scores for multiple players - not at the same time though. It features games of Auld Lang Syne, Calculation, Canfield, Four Seasons, Golf, Klondike, and Little Spider. There is no in-game help to explain the rules to the player, no choice of card back or background and, while there is optional sound it consists of a 'beep' when the player attempts to play a wrong card. Some games such as Golf have no variants while others do cater for different ways to play, Klondike for example has the option to draw one or three cards at a time.