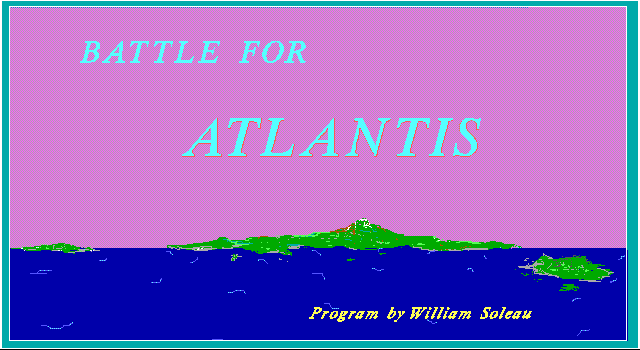 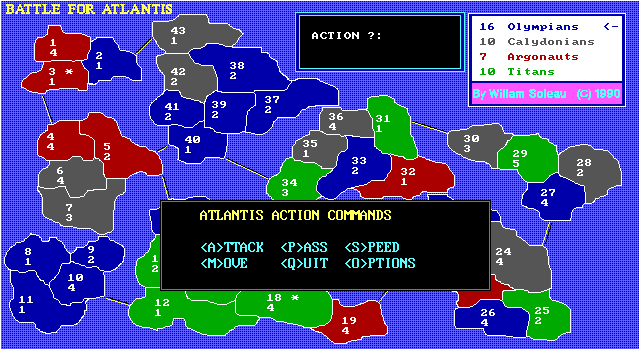 Battle for Atlantis is a single-player, shareware, keyboard controlled Risk -like game. The object of the game is to conquer all eight islands. The player always plays as the Olympians and the computer plays as the other three adversaries, the Calydonians, Argonauts, and the Titans. The game starts by asking the player for a difficulty setting, 1 is Easy and 7 is Hard, and follows this by asking for the maximum number of armies that can be in any country at the start of a game. When the game starts, the computer decides who goes first, the players take turns. In each turn they place their armies, then they may optionally attack any neighboring country and finally when all attacking is completed they may move armies from one country to an adjacent country. The attacking phase is managed by the computer, once initiated the game reports the outcome, i.e. how many armies each side has remaining, and asks the player if the attack should continue. Attacks can continue until the attacker aborts, wins or loses the battle. During the game rebellions may break out, natural hazards such as earthquakes, flooding may strike, or god weather may increase crops and hence the ability of a country to support more armies.