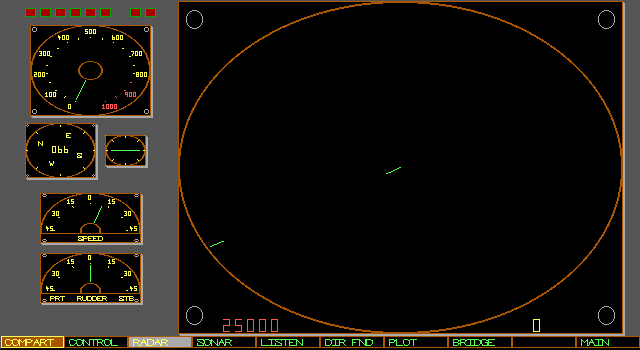 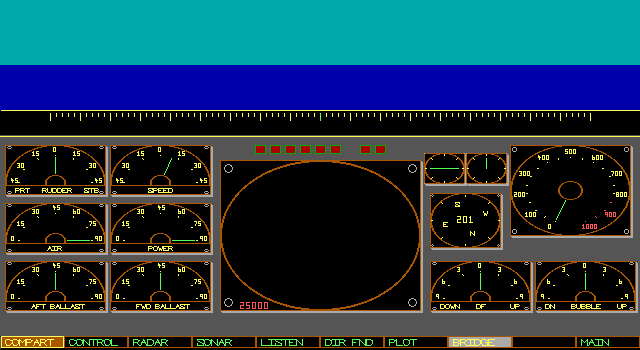 Batfish is a World War II diesel submarine simulator. The player has just been promoted to submarine captain and is ordered to take command of a Fleet Class Submarine without delay. This also means without training. Small tasks such as reloading torpedoes and charge batteries when surfaced will be handled automatically by the crew. The game takes place in the Mid Atlantic and the player is free to roam around the sea at will. The game is broken down into scenarios. Each scenario consists of one or more ships that appear in the patrol sector. The ship or ships will try to speed away from the player. A ship may leave the patrol sector in one of two ways: it gets so far away from the player so that it isn't in radar or sonar range or the ship is sunk. Once there are no more ships in the patrol sector the next scenario is loaded. This will continue until there are no more scenarios to load or the player's submarine has been sunk. The aim of the game is to sink as much tonnage as possible with the least amount of torpedoes as possible. Enemy warships will do their best to try to sink the players submarine. The game comes with a scenario builder.