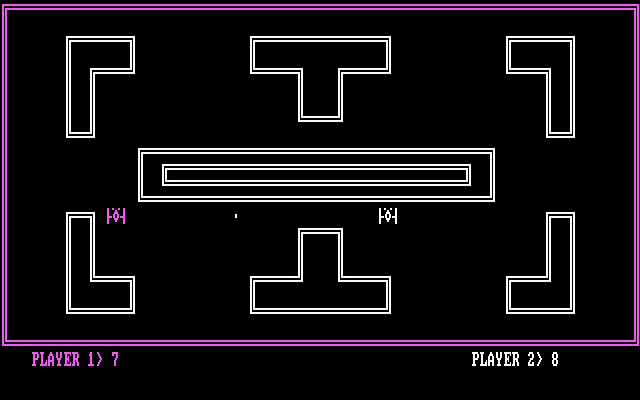 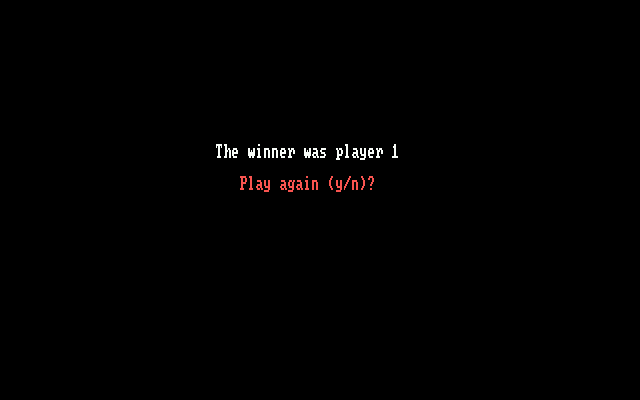 This two-player, ASCII-based arena combat game has a backstory: you and your co-pilot have been busted by Galactic police for smuggling illegal goods. As it turns out, Galactic justice doesn't screw around, and in a touch of Imperial Roman flair, you've both been tossed into a labyrinth to duke it out with each other gladiator-style. Only one will emerge alive. Each player is given a ship, which can shoot in four directions at once. The arena's layout changes on every round, but the premise remains the same - maneuver your combat ship around the playing field, use the walls for cover, and kill your opponent. The first player to win ten rounds will emerge victorious.