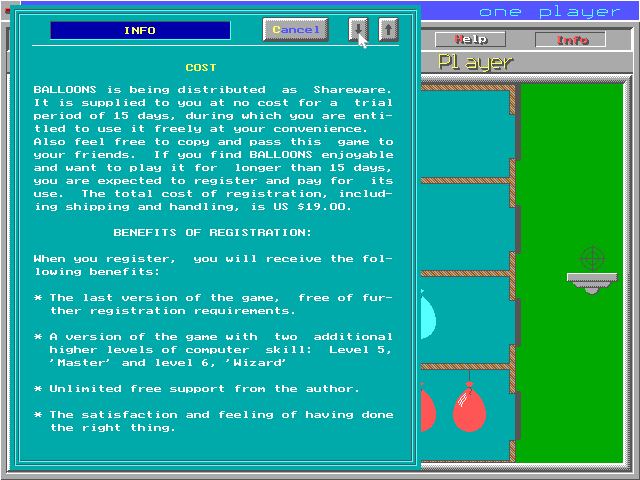 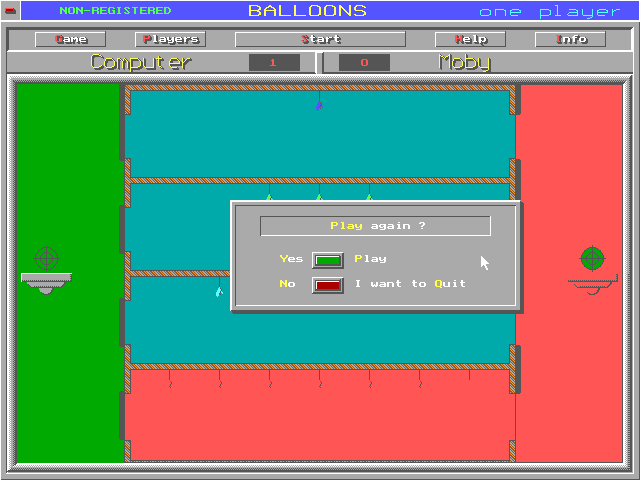 Balloons is a one or two player, shareware, puzzle game. The game shows a number of balloons hung on a series of shelf like levels. Player's take turns to burst the balloons, one or all balloons in a row but only one row can be changed per turn, with the person bursting the last balloon being the loser. The game can be played "player vs player" or "player vs game". The game is played with the mouse, sound is optional and the AI opponent has four difficulty settings. The shareware game has four levels while the registered game has two further and more difficult levels.